Q&A with President of the Hebrew Club 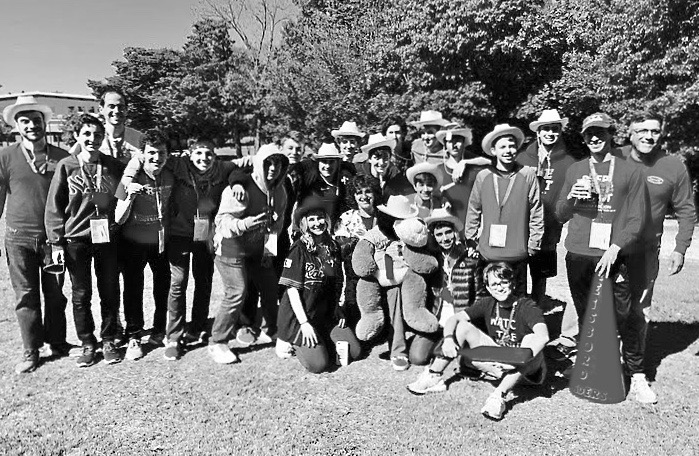 Senior Elan Scilberlict played with his BBYO chapter, before COVID-19, outdoors for one a weekly project.

I talked to the President of Hebrew Club and senior Elan Silberlicht about his experiences with Hebrew Club.

What are some leadership positions you currently hold?

Besides being President of Hebrew Club, I am the Regional Vice President of BBYO, and I am also a Kehillah High team leader.

What is your favorite memory from Hebrew Club?

When was the last time you faced your fears?

I haven’t really had to face any fears lately since I have been stuck at home. However, one of my biggest fears right now is contracting COVID-19 and spreading it to a family member or friend with a compromised immune system.

What initially attracted you to Hebrew Club?

I did not take Hebrew in freshman year, but in sophomore year I did. While taking the class, I met people in the club and became friends with them. Eventually, my friends convinced me to go to a meeting, and I really enjoyed it.

Why should people join?

People should join this club to learn about Jewish culture and holidays. Also, people should join and learn about the history and life that Jews led up until current times. People will get to have fun, make new friends and participate in speaking in a different language (Hebrew). You get to speak with people that are also passionate about the language and culture.

What does the club tend to do during meetings?

During meetings, we talk about Jewish holidays and eat Jewish food. One time, one of our members spoke to us about their experience visiting Auschwitz, one of the concentration camps from the Holocaust. =

What did you expect to get out of joining Hebrew Club?

I expected to meet people that were similar to me and make more friends. I wanted to be in a place where I could be around other Jews that could relate to me.

My favorite tradition would have to be either when we eat apples and honey on Rosh Hashanah, or when we made edible sukkahs out of graham crackers and ate them at the end.

Are there any leadership positions that members can apply for?