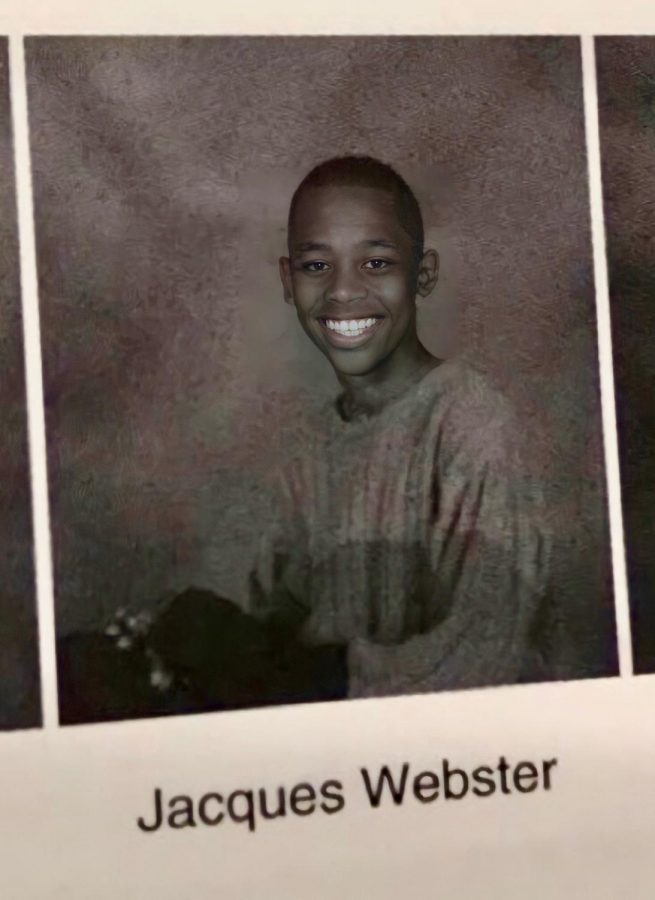 Seated inside a circle of 90 students, Jacques Webster and his best friend, Chris, led “Stand By Me” by Ben E. King and “Waterfall” by TLC with their emphatic voices and passionate singing.

In the front of the room, Alice Fisher watched over the charismatic students and considered the next math topic she would have to teach. However, she never could have predicted Jacques’ future success.

“It’s amazing,” Fisher said. “I can’t believe that now he is a famous rapper and I used to see him sing every week along with his friends.”

Fisher, now a computer science teacher, recalls her experiences with him at KIPP Academy in 2001 and the academic drive he possessed as a middle school student.

“I taught him sixth-grade math,” Fisher said. “Students had math every day for 90 minutes. He was a student that tried and was enthusiastic about learning.”

Fisher had noticed the distinctive energy that Jacques emitted in the classroom. His sociable personality and charisma stood out among his peers and attracted many friends around him.

“He was very energetic, talkative and likeable,” Fisher said. “Very social and had lots of friends. He had so much energy – positive energy. And he always wished well upon others. He was a very sweet student.”

Now, Fisher compares the Jacques she knew in middle school to the national celebrity, Travis Scott. Although the student she was familiar with holds a completely new identity, she believes that his core character remains the same.

“I knew back when he was in middle school that he was fundamentally a good, positive person,” Fisher said. “I watched a couple videos of him recently – he was really energetic even back then, almost hyper. And he’d get other students excited about anything!”

Travis Scott spent most of his childhood and teenage years in Houston and continues to root himself in Houstonian culture through his music. His 2018 Grammy-Nominated “Astroworld” album, which commemorates Houston as his hometown, has solidified his status in the music industry. In a way, Fisher feels connected with his successes and applauds his achievements which led him to become a national sensation.

“I think he’s really talented, charismatic, and he’s been strategic as well,” Fisher said. “I do feel connected in a way from KIPP through the weekly grade-level meetings – I’m really happy for him.”

Above all, her excitement for his career peaked when he partnered with McDonald’s in September and released the $6 Travis Scott meal, which has become so popular that the chain announced some of its restaurants are running out of ingredients to meet the demand for the burger. As a person who sees the McDonald’s partnership as an intangible feat, Fisher realized the extent of his influence and was blown away by her former sixth-grade math student who she knew as “Jacques”.