Big prizes and embarrassing consequences: the thrill of fantasy football 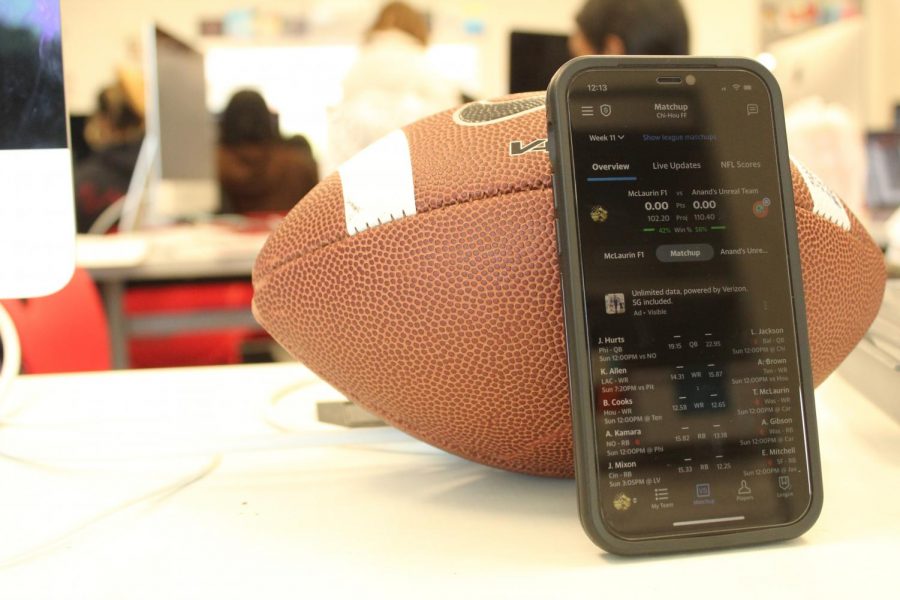 Fantasy football involves thinking and strategizing rather than throwing and catching. Several students use Yahoo Fantasy Football to manage their teams and players.

Over 40 million people are currently playing fantasy football, from the US to Nigeria. My good friend didn’t even watch football – and now he avidly looks forward to future seasons.

People of all ages have been obsessed with fantasy football since its introduction in 1962. The concept of fantasy football was created by a majority owner of the Oakland Raiders, as a distraction for a tough season.

The Houston Texans are bad. Tuning in to CBS every Sunday just to watch the Texans lose is depressing. For some Bellaire students such as sophomore William Baptist, said fantasy football has been a great coping mechanism for such a dismal season.

“Watching Davis Mills throw footballs isn’t very fun, but watching other players get big plays is way more entertaining. I’ve been focusing on fantasy more than the Texans this year for sure,” said Baptist, who is an experienced fantasy manager.

So what makes fantasy football special?

“There’s no point in being a fantasy football manager if you know what’s going to happen and win every time. The unpredictability makes the game much better,” said Hrish Patel.

There are experts paid to predict the outcomes of every single game, but if they were right 100 percent of the time, fantasy football wouldn’t be fun.

Just like a sporting season or tournament, fantasy football has its rewards — and sadly, its consequences.

Money and bragging rights are both healthy motivations to stay focused throughout the season, while the fear of not getting last is an even better motivator.

In some leagues across the nation, the goal is not to get last, or else a devious punishment awaits — for example, wearing an embarrassing costume or having to go through a painful waxing session.

“Whoever comes in last has to stay at Waffle House for 24 hours and every waffle eaten shaves off an hour. That’s our league’s punishment,” Baptist said.

Ok, that’s a wild punishment. Maybe another league’s punishment for getting last isn’t as bad?

“We go in a dog cage and throw a bunch of food and sauces at the loser. Each person gets to choose 5 foods or condiments that get thrown at them,” sophomore and experienced fantasy player, Chase Gray said.

Yikes. You get the point.

All you need is a computer or mobile device with a fantasy app, such as ESPN, Yahoo, NFL Fantasy or CBS Sports and a couple of friends to make NFL Sundays more enjoyable.

“It makes NFL games more fun to watch,” Baptist said. “You focus more on individual players rather than the two teams playing. If you have a bad team’s star running back in your fantasy team, you care a lot more on how they do rather than if you were just watching the bad team.”