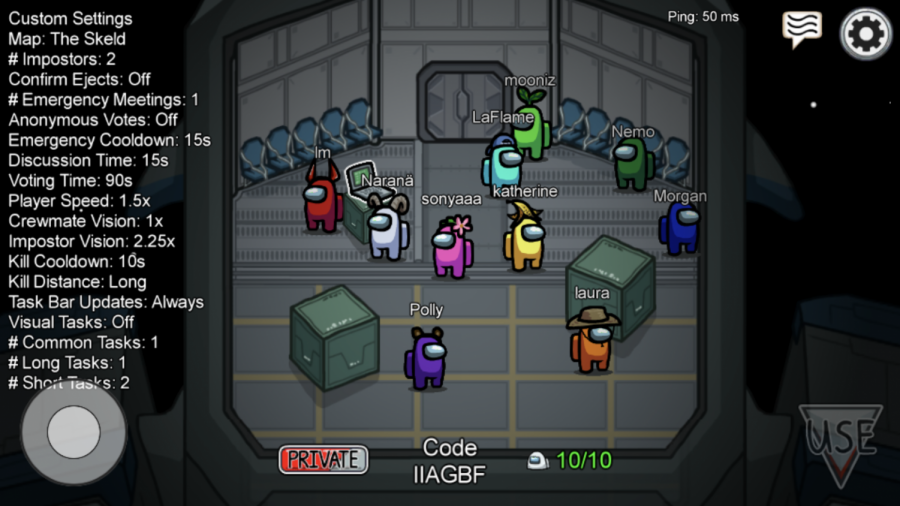 The National Beta Club hosted a game night fundraiser on Friday, Dec. 4 to raise funds for the chapter to be formally inducted into the national service organization.

Participants, who paid a $5 entrance fee, played Bellaire-themed Jeopardy, Mario Kart and Among Us during Cardinal Hour over Microsoft Teams. Normally, this fee would be covered by club member dues, but this year, due to potential financial restrictions that students may be facing due to COVID-19, school administration has restricted the collection of dues.

“Because the money was going towards new member dues, we thought it wouldn’t be fair to have more active upperclassmen carry most of the financial burden, so we emphasized the importance of new members attending,” vice president and junior Katherine Chen said.

Sophomore Sophia Kotlyar said that she enjoyed playing Jeopardy the most, despite not knowing some of the answers.

“I think that the virtual game night was engaging and great for socialization. The fact that it was open to anyone, even those outside the club, was great for turnout, and I had fun,” Kotlyar said.

Chen saw it as a great opportunity for new members especially to meet other students because virtual learning has not allowed for the usual socialization that clubs partake in to occur.

“We managed to meet some of our monetary goals, and it was a lot of fun playing Jeopardy and Among Us with new people,” Chen said.

As an additional incentive for members to participate in the game night, NBC officers promised that for every $30 raised, one officer would get ice-bucketed, and then every $10 raised afterward signified another officer getting ice-bucketed. Though the ice-bucketing event is set for a later date, members had the opportunity to decide which officers they would like to see getting drenched.

“Personally, I’m not looking forward to getting ice-bucketed, especially in the winter, but I think it was a great way to get more people to join our meeting,” Chen said.

In the future, Bellaire NBC plans to host more virtual game-style events and is also considering in-person service projects, such as volunteering at the Houston Food Bank, in the upcoming semester.