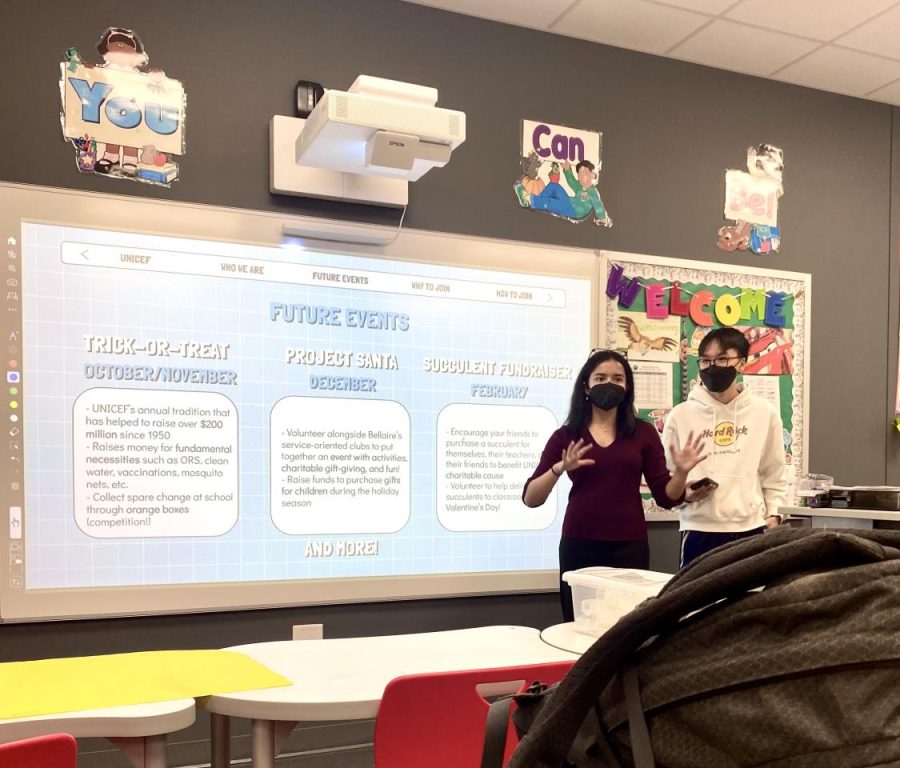 In its first meeting yesterday, the UNICEF club introduced its officers and discussed its various volunteering and fundraising events, as well as its mission. Members of all grade levels signed up and enjoyed boutique cinnamon rolls after registration.

“I really enjoyed the first meeting, I was able to learn about the future events the club would have and the club itself,” junior Khanh Nguyen said. “It was fun being there with my friends and everyone was very welcoming.”

Senior and President Sonya Kulkarni spoke about the club’s continuation of their annual volunteering and fundraiser events. Kulkarni introduced Trick-or-Treat for Halloween, UNICEF’s annual, global tradition that has helped to raise over $200 million since 1950 for fundamental necessities such as Oral Rehydration Solution, clean water, vaccinations and mosquito nets.

“I think the club is so important because of its charitable mission,” said Nguyen. “I want to help children who don’t have the same access to healthcare and education as I do. I want to learn more about ways I can help and raise money.”

Last year, Bellaire UNICEF’s fundraiser raised over $1,000 in funds by collecting spare change at school through signature orange boxes. This year, the fundraiser will specifically support essential resources for children in Ukraine.

“I wanted to be a part of UNICEF because I want to do more about how I can help children around the world,” Nguyen said.

The club will also hold a Valentine’s day fundraiser which will take place in February – students can purchase succulents and roses for themselves, their teachers, and their friends to benefit UNICEF’s cause while also promoting mental health in-school.

Follow Bellaire’s chapter of UNICEF at @bellaireunicef and join their Remind by texting @bellaireu to 81010 for future updates regarding fundraisers and upcoming meetings.