Importance of learning a foreign language 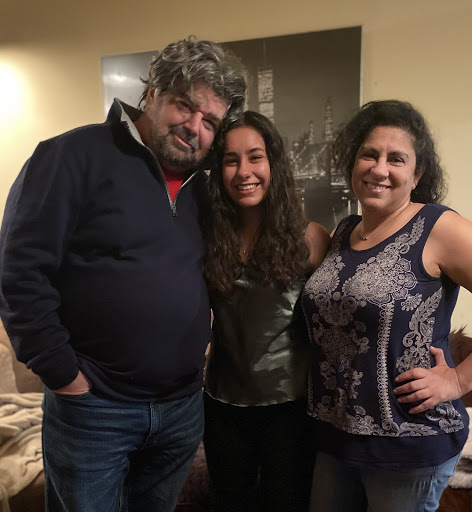 Angelina Pascali learned the importance of language through her parents' life experiences.

I grew up in a household where both of my parents were immigrants. My dad was a political refugee. My mother was born in Egypt but spent most of her childhood in France. Neither of them spoke English as a first language.

My father grew up in communist Romania. To say he experienced oppression at the hands of a corrupt government was an understatement. When he was 18 years old, he was placed in a concentration camp for two years. After that, he came to America with the help of a Christian organization. He carried little money and no citizenship or government papers.

My dad worked his way to a better life and graduated from New York University with a bachelor’s degree in aerospace engineering and a graduate degree in aeronautics engineering. There he met my mom.

My parents never felt the need to teach me their native tongues. I think it was pride and bad experiences that kept them from it. And growing up I never saw the need to learn another language.

As a student, I was never taught the importance of foreign culture. My elementary school didn’t offer any language classes and my middle school only had two options: French and Spanish. The process of learning a language should start at a young age. However, as a kid, I never found the inspiration to learn a new language.

I grew up believing English was the universal language. I lived in America, why would I need to speak another language? But as I matured, I became filled with regret for not realizing the importance of being multilingual earlier in my life.

Though some may think English is the most spoken language in the world, they are greatly mistaken. According to the Visual Capitalist, the languages with the most native speakers are Chinese, Spanish and English with 918 million, 460 million and 379 million speakers, respectively.

Yes, English is widely spoken with 1.132 billion total speakers, but with these statistics in mind, it would be naïve and illogical to assume everybody else on earth speaks English and must accommodate Americans.

I was surprised when I discovered that Bellaire offers 11 languages. My first few classes of German and Italian were intriguing, and I found it interesting to learn about foreign culture and the meanings of vernacular writings and phrases. Not only am I learning a new language, but I am also learning a new culture. As someone who plans to study abroad in the future, these languages will certainly help me in making connections and pursuing a career.

I wish that all schools would expand their variety of languages like Bellaire has and improve the methods of teaching them. What has helped me learn the most in my language classes is when teachers use interactive activities and group discussions instead of teaching grammar rules from a textbook.

Yes, it is an essential part of language learning, but I am not as enthusiastic about it as I am when I am using what I’ve learned in real-life situations and conversations. Teaching should always be more interactive and inspiring.

I have also discovered that learning a new language not only teaches cultural awareness, but it also opens up career opportunities. According to the U.S. Bureau of Labor Statistics, “employment of interpreters and translators is projected to grow 20 percent from 2019 to 2029.”

Learning a new language also offers educational opportunities abroad. According to College Board, public four-year in-state colleges average around $9,410 in tuition per year. However, in Austria, for example, students from the European Union are able to study for free, with few university exceptions. The average tuition fee for international students in Austria is €726.72 (~US$850), totaling around $1,700 per year, which is less than a fifth of the average American in-state tuition.

Learning a language helps students broaden their horizons and become more culturally aware. This is important because it helps us understand different beliefs and ways of life. Through this learning, we can overcome cultural negligence and form strong relationships with individuals across borders.