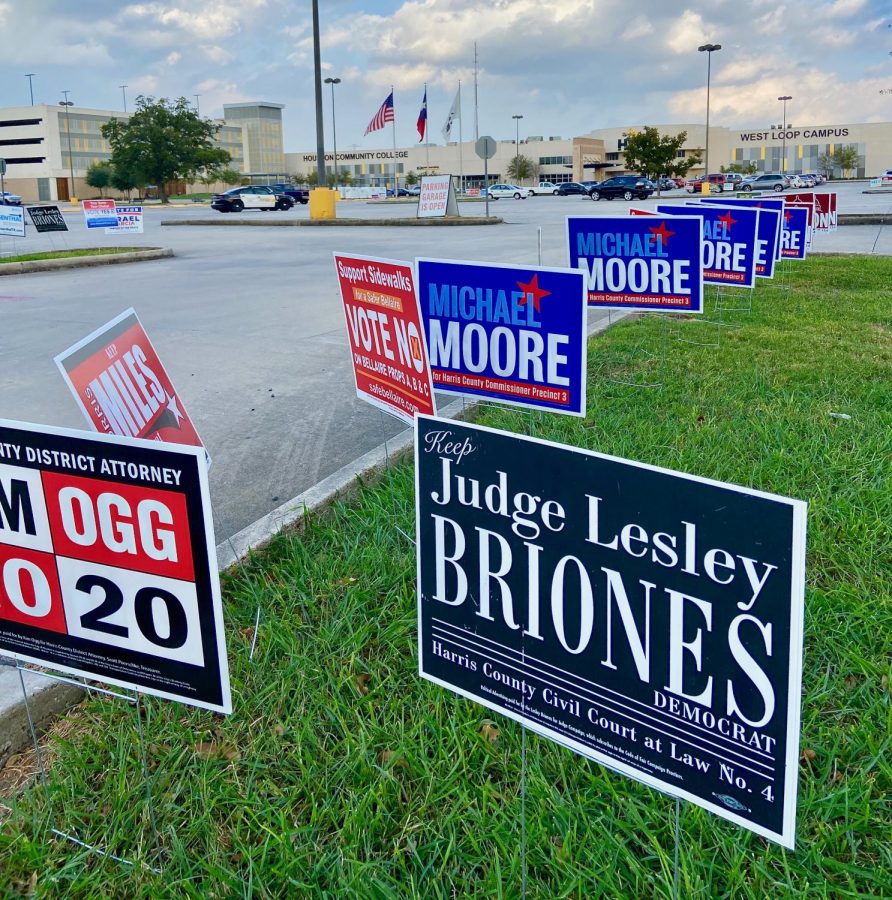 Opinion: Why I am asking you to vote for Democrats

Early voting started in Texas recently, and to be honest, I’m a little outraged. My dad told me a story about how one of his students posted in their class discussion board and said that he had never voted before, and he wondered if it was “worth it” to vote this year.

Recently, I’ve realized the reason young people don’t vote is they either don’t know it’s occurring (by the way, there are elections besides just the presidential – you can vote every year), or they don’t think their vote matters.

I’ve heard this countless times, whether from watching my local news station or overhearing a few teachers in a classroom, but the free press and voting are the foundations for democracy. The United States exists because the colonies were outraged that they didn’t have a say in how they were taxed and how many soldiers were in their communities (history teachers please don’t attack me, I know there is more to it than that).

I’ve read a lot of dystopian novels (probably too many), and they’ve taught me two main lessons:

1) Love triangles are annoying. Get over yourself and choose someone.

2) You must fight for what you believe in or else the world as you know it will crash and burn.

Are you angry and fired up about the treatment of BIPOC (Black, Indigenous and People of Color) in our country?

Are you anxious about floods in our area and want to elect people that will do something about it?

When I enter the workforce, I want to have the same opportunities and pay as my male counterparts. I don’t want to have to talk to my biracial best friends about being scared of the people who are supposed to keep them safe. I don’t want my mom to pull over because we’re in a small town in Texas and she wants to make sure a police car is not following us. More than anything, I want to see the coral reefs and I want my future children to have land where they can play and trees they can climb.

Voting is the first step for change.

This election cycle has been the most engaging in a long time with over 43% of registered voters in Texas already having cast their ballots. Harris county broke the record for how many people voted on the first day of early voting. Though great to hear, there is still work to be done.

If you didn’t read the rest of this, that’s okay because here is the important part:

If you can vote: TAKE ADVANTAGE

If you can’t vote: Message at least 3 people whom you know that are eligible to vote – ask if they’re planning to vote and if so what their plan is.

Want to go even further?

Volunteer for a candidate you are passionate about. If you’re not sure how to get in contact with them, almost every candidate has a website with some kind of volunteer button.

You could sign up here to text bank  (basically mass sending text messages – you can text bank while watching tv as it’s rather mindless but still super helpful).

You can also just search for “Democrat text banking activities.”

If you want to help GOTV (get out the vote) with people you know, use one of the resources above and schedule an hour where you do it with friends.

I’m 16, which means I’m not able to vote, so I’m calling on you to do it for me. Our country was founded on the idea of representation for all and that is accomplished through voting. I believe that you can’t be angry about something you didn’t try to influence.

Vote and spread the word so when Nov. 4 rolls around, you know you’ve done everything you can.