A rundown of Call of Duty Warzone: the game that got me through the pandemic 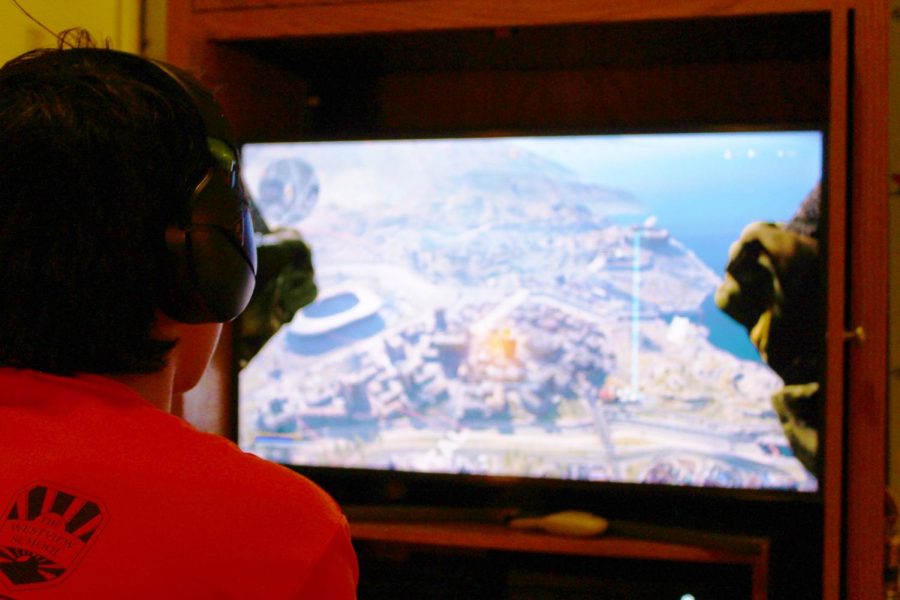 David Bournat plays a game of Warzone. He is dropping into downtown with friends.

In March, as the coronavirus rampaged across the country and lockdown measures forced people to stay within their homes, I retreated to my trusty Xbox One to pass the time and connect with my friends.

Luckily, just as the COVID-19 pandemic reached the shores of the United States, Activision Blizzard, the creators of the Call of Duty franchise, released a brand new battle royale game — Warzone. The game mode was Activision’s attempt to capitalize on the battle royale trend which traces its roots back to the PC game PUBG. However, the battle royale trend gained mainstream attention with the release of Fortnite and later Apex Legend which gained millions, or in the case of Fortnite, hundreds of millions, of downloads. Fortnite grew beyond PUBG due to two important factors: it was free to play and available on more platforms, allowing for the rapid user growth that has led the game-mode to become a household name.

In 2018, I downloaded Fortnite and jumped onto the Fortnite train like everyone else I knew. The game had just reached 45 million downloads in January when I started playing, and it was already becoming a cultural sensation. There was only one problem. I did not like playing the game.

Of course, it was fun to play with friends, but as a child who grew up playing Call of Duty games such as Modern Warfare and Black Ops II, Fortnite never interested me. Fortnite has a more cartoon-like game compared to Call of Duty’s realistic gameplay, and Fortnite’s gameplay centered around a Minecraft-like building feature. I was terrible at building, and I found this to be  the main reason why I never liked playing the game. Furthermore, the mechanics of the guns always vexed me, as Fornite was a third-person shooter game compared to Call of Duty’s traditional first-person shooter format. Lastly, in its current form, Fortnite is composed of hardcore players with a skill level that makes it impossible for casual players, like me, to succeed.

I will admit that Fornite changed the gaming world forever by using its player base of over 350 million to pressure Sony games to allow cross-platform playing to occur. Now, I could play with all of my friends whether they had an Xbox, Playstation, or PC. This changed the gaming landscape and established a precedent for future games.

Thankfully, Apex Legends came out, and it did not have the one feature which ruined Fornite for me — building. I enjoyed playing the game, but it’s third-person shooter narrative never allowed me to fully embrace the game. Apex was not the cultural juggernaut that Fornite was, as it had a fraction of the player base and did not introduce cross-platform gaming until Oct. 2020. With a  majority of my friends not playing this game, I slowly phased-out playing Apex Legends, unenthusiastic about the current gameplay.

In March, everything changed when Activision announced Warzone as an addition to the current Call of Duty game Modern Warfare. Following in the footsteps of Fornite and Apex Legends, Activision made Warzone free to play for everyone and within a month, Warzone had 50 million players. The game was a tremendous success, and as a Call of Duty fanatic, I reveled in playing a battle royale that was intertwined with a gaming franchise I grew up with.

I still have fond memories of sleepovers spent playing Modern Warfare 2 with my friends on the Xbox 360. All of a sudden, that nostalgia returned as I spent my nights within the virtual world of Verdansk with my friends.

Warzone brought its own take to the battle royale game mode, with Call of Duty killstreaks and a guaranteed second chance with a 1 v 1 gunfight. The gunfight, one of the most successful game modes in Modern Warfare this year, allows players to rely on their own skill in surviving the so-called Gulag and helps decrease the amount of time spent spectating.

Warzone also drops 150 players into a map, which is the most out of any battle royale game in the market. The increased amount of players and the fast-paced moving gas that deals with an immense amount of damage has led to an action-packed game that is riveting for all players. With a map that possesses a variety of terrains from skyscrapers to mountains to open fields, it can accommodate snipers and shotgun players.

Most importantly, the game allows for cross-platform play, allowing for all my friends to come together and bond (or yell) with each other for a few games. Due to the fast movement of the game, most games last between 20 to 30 minutes.

Activision Blizzard has introduced limited edition game modes to keep players engaged with the game. In October, Activision introduced a Zombie Royale game mode, which was the most fun I have had in Warzone in months. The game mode does not have the standard gulag; instead, if you die as a normal player, you become a zombie and have to collect vials from dead players to return back to life. Suddenly, everything in Verdansk becomes chaotic. As soon as you land, you are forced to fight a large number of players due to a diminished map, and as players die, the zombies come. By the time the final circle closes, a scene of chaos ensues, which  makes the game far more fun. It forces players into a more aggressive playstyle to survive, a bonus given that one of the negatives about Warzone is its more passive playstyle.

With a string of limited edition game modes, Activision has shown its commitment to Warzone, which is expected to continue in the upcoming Call of Duty franchises. With the recent drop last weekend of the new Call of Duty game Black Ops Cold War, Activision has teased a brand new changing landscape to Verdansk, similar to the different seasons in Fortnite. While I am excited to play Zombies in Black Ops Cold War, I am anxious to see the new changes that accompany Warzone in December.

As of now, Warzone is the best battle royale game of the year, being embraced by the loyal fans of Call of Duty. I can only expect that Warzone will continue to grow its user base and features in the years to come.

5 Responses to “A rundown of Call of Duty Warzone: the game that got me through the pandemic”

If you want a picture to show with your comment, go get a gravatar.